MBDA, a leading European manufacturer in the aeronautics and armaments sector, wanted to robotize certain processes in small series or even in unit production by allowing an operator without programming skills to teach the robotized system in a few seconds, the process to be carried out and then to execute the cycle in complete confidence without human supervision.

Fuzzy Logic’s Repplix application software module addresses all aspects of this requirement in a cost effective manner. The first use case selected is the manual and tedious cleaning of composite manufacturing molds.

The MBDA France site in Bourges produces many small series of composite parts to be molded. Each mold is manually cleaned before being used in production. The parts to be treated are diverse and numerous.

In each series, the level of residue to be stripped and its location may vary. This method of operation requires protecting the operator from exposure to toxic substances.

“At MBDA, we seek agility in robotization,” Manager of the Factory of the Future Project at MBDA Vincent Rafin noted. “We want to robotize the tasks that cause musculoskeletal disorders among our operators and which occur in some cases in the production of very small series or even single parts, so we must limit non-recurring programming costs as much as possible. Programming a robot to define the trajectories of a laser is not the right approach for small series production, it is time consuming and expensive and must be carried out by a roboticist.

Programming a laser stripper on the fly, with a non-robotic operator

Fuzzy Logic has developed Repplix, an extension of its Fuzzy Studio software, in cooperation with MBDA. A portable training device, controlled by the operator using his knowledge of the application task, teaches the Repplix software the first laser alignment.

A monitoring function, carried out via a real-time digital twin of the robotic installation created in Fuzzy Studio, takes into account the monitoring of collisions and the feasibility of the trajectory in the environment of the robot. 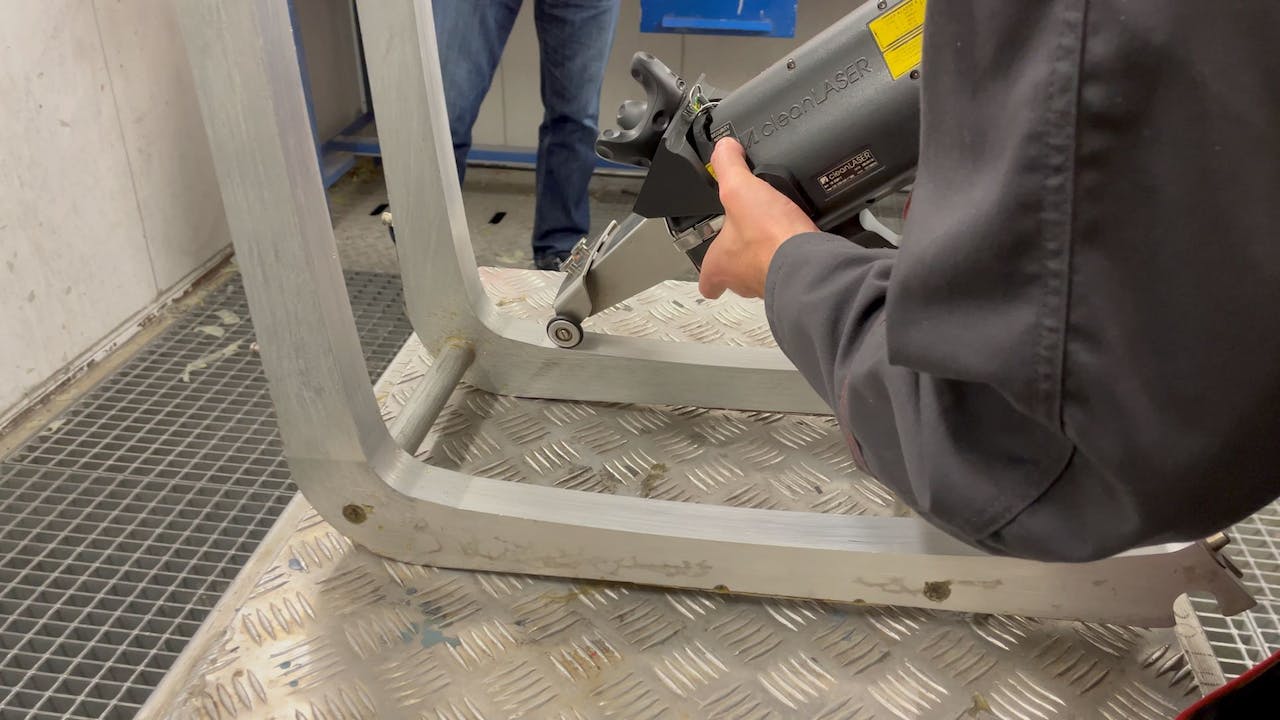 From this digital twin, the cycle is launched and the robot moves with the laser, guided by the precise capture of the operator’s learned trajectory. The speed at which the robot operates is set directly in the software. It may differ from the speed of the learning phase.

The cycle is executed autonomously by the robot without requiring the supervision of an operator. The same process, which only takes a few minutes, is carried out for each new series of moulds.

The developed solution is executed with millimeter precision and can be extended to even more demanding applications in the future. The manual operation can be reproduced easily because the teaching device is the representation of the real tool and is not directly linked to the robot. The operator manages the execution and planning of the movement himself thanks to the software and the configured alerts. 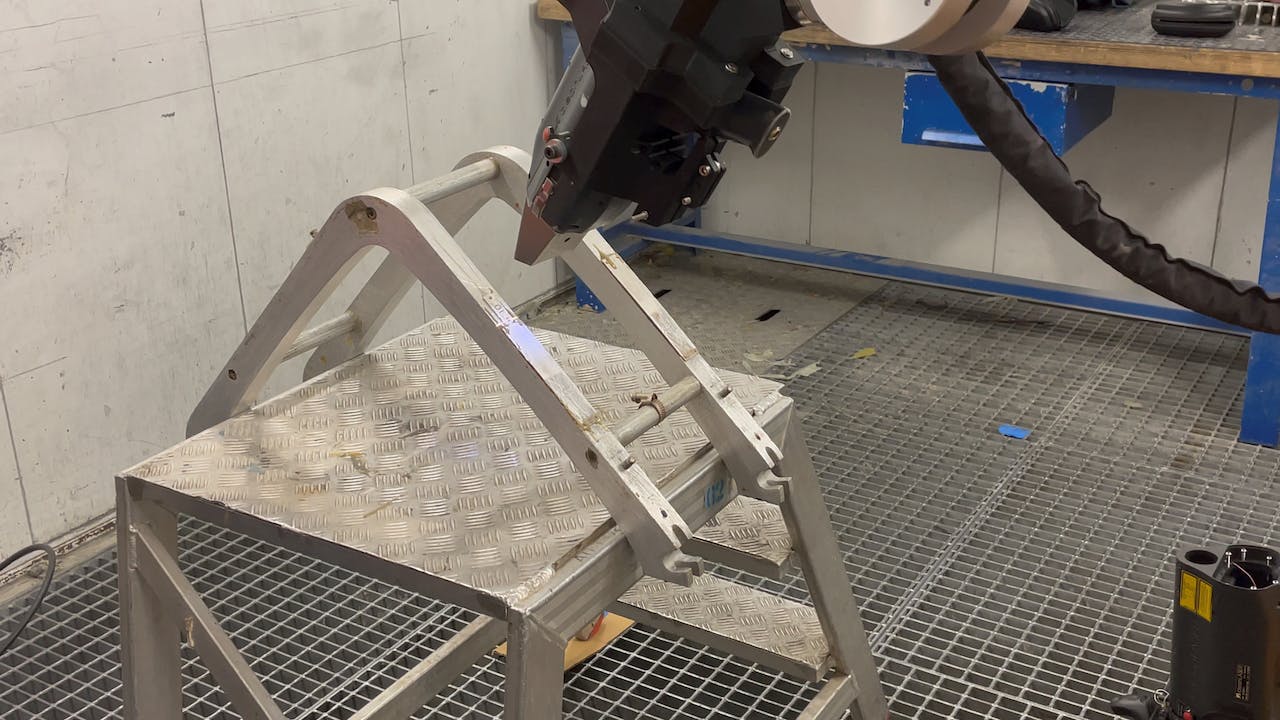 The time needed to program the mold cleaning operation is reduced from a few hours to just a few minutes. Productivity is increased by automating the cleaning operation and operator risks are reduced. This makes the robotization of this operation profitable, both from an HSE and economic point of view.

“We offer robotic laser stripping solutions, but this robotization remains complicated because it must be carried out by specialists”, said Duchazeaubeneix. “Repplix gives us the ability to quickly and easily deploy our laser solutions on a wide range of repair or maintenance applications that were previously difficult to implement, whether aerospace, nuclear or defence.”

“This innovation is the realization of the vision of MBDA engineers and operators who, working closely with innovative SMEs, have managed to take the first step towards implementing a robotic solution that breaks the cost barrier for a wide range of use cases thanks to the programming by non-invasive capture of the know-how of the operators”, Director of Innovation and Future Technologies of MBDA says Denis Gardin.

Workers grapple with new stresses upon returning to the office