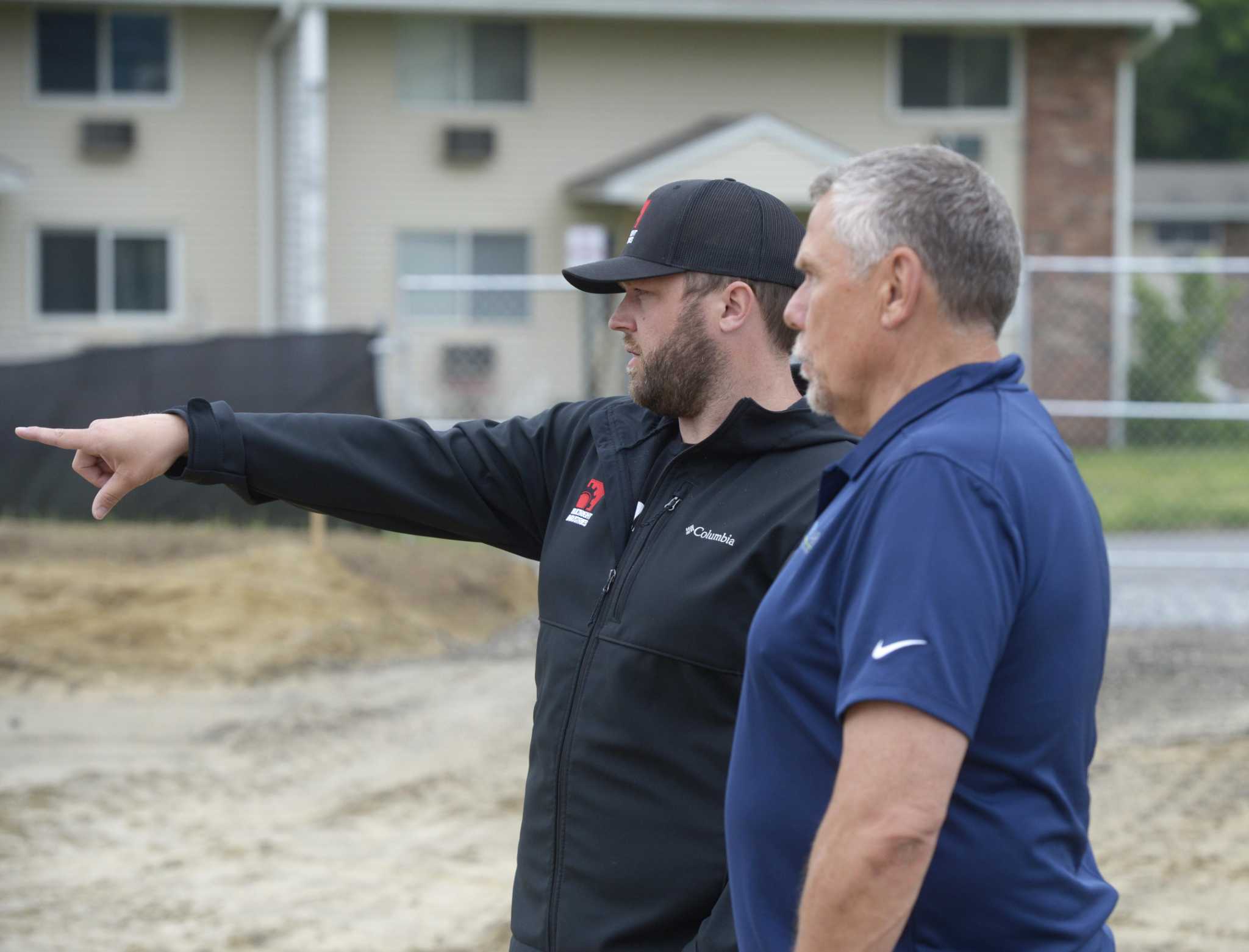 NEW MILFORD â€” Matt Beenen, owner of BuiltRight Industries, said he and his team are always coming up with new inventions.

One is a bedside support system, which he said his mother describes to friends as the “California Closets for your truck,” Beenen, 35, said of the company, which is expanding into a building in New Milford that will be more than seven times larger than its current 4,000 square foot space.

BuiltRight, a truck and off-road accessory design and manufacturing company located at 53 Commerce Drive in Brookfield, is moving to 40 Still River Drive in New Milford – in a 30,000 square foot building.

The new location, which is being built by Claris Design Build, is expected to open by late fall.

Beneen received special approval from the City of New Milford to build a structure of this size.

BuiltRight will use its new headquarters to conduct all research and development, manufacturing and distribution activities, said Beneen, a father of two young daughters.

The area where the building will be constructed is on commercial zoned property that has not been previously occupied.

“Matt and his team are going to take about 20,000 square feet of the footprint,” said Mike Kozlowski, project manager at Claris Design Build. â€œWe are preparing 10,000 square feet of space for future tenants that will soon come online on the market.â€

The new building will have office space where the team will do engineering, customer service and marketing.

In the lobby, there will be a glass garage door “so we can drive a vehicle and park it in the lobby, either for engineering or kind of like a showroom,” said Beneen.

Claris Design Build and BuiltRight Industries plan to hold a groundbreaking ceremony for the new headquarters at 10 a.m. on June 10.

BuiltRight, which started in 2017 in Beenen’s basement while living in Minnesota, was founded out of need.

He was looking for a device to access the hidden storage space behind the back seat of his Ford truck.

â€œI would have liked to order (the device) but it was not available,â€ he said.

“So, being a mechanical engineer, I decided to make one. I designed it and had 50 made,” said Beneen, who moved to Ridgefield in 2019 to be closer to his family. .

He sold the device, which he called a backseat release, to five friends â€“ and broke even.

“Then I had these extra 40 sitting around and decided to post them on a little website. And I talked about it on Facebook. I sold most of them that night and one thing in led to another,” he said. “So that first round of manufacturing product cost me just under $1,200 – and that’s the only money I’ve ever invested in this company.”

The product has been a consistent bestseller with tens of thousands of sales, he said.

When BuiltRight moved into its Brookfield space in 2019, Beneen said he thought they would be comfortable there for five to seven years. The company has an additional 4,000 square feet of overflow space nearby which is used for storage.

About a year ago, however, he felt he had “reached his capacity”.

“We sit side by side and work side by side, so we’re just walking on water until we can get into this new building,” he said.

The company, which ships to customers around the world, has served 50,000 customers to date.

While researching a town to expand the business to, Beneen said he observed that there are many automotive type businesses, businesses and enthusiasts in the Danbury, Brookfield and New Milford area.

“Just from an observation point of view, as I’m driving through New Milford I see a lot of pickup trucks, so obviously we’d like to win people’s business, but more importantly I think there’s going to be very good employees and team members in the region,â€ he said.

Beneen said he enjoys coming up with new and interesting solutions to people’s problems.

He has a number of granted and pending patents, and attributes this to the growth of the business.

“I’m a mechanical engineer, so we’re kind of an inventive engineering company,” he said.

Plus, he and his employees are car and truck enthusiasts â€” so they care deeply about their customers’ needs, he said.

“Our idea of â€‹â€‹having fun on a Saturday is working on a truck or whatever,” Beneen said.

He said the products developed by the company are intended to be installed by an average person without assistance.

“You don’t drill holes or anything like that,” he said. “So a regular, normal guy with a regular basic set of tools can install our products.”

He said many of his best products came “from a customer who said something like, ‘Hey, can you find a way to mount a cell phone on the dash without drilling holes or anything? else?”

When people come up with an idea and if they don’t want to do it themselves or if they can’t do it themselves, “they email me and say, ‘I’m not looking for anything. , but I love being a product tester. Here is an idea,â€ he said.

â€œWe have the experience and skills to bring these kinds of ideas described to life,â€ he added.